In the wake of Cambridge Analytica, social media platforms have been pressured to provide greater ad transparency. With the significant role that subtle, micro-targeted political advertising enabled by social media has played in shock elections around the world, Facebook and Twitter can no longer claim to be neutral platforms.

On June 28, both Facebook and Twitter announced new policies and features that would increase the visibility of the ads published on their platforms. These moves have been anticipated since early 2018, and the changes are finally here. While many of these new changes have been designed to encourage more fair and transparent political advertising, they undoubtedly affect all brands advertising on the platforms - whether politically-affiliated or not.

On Facebook, users can now view all the ads a Page is running from a new section on the Page navigation, called ‘Info and ads’.

Making these ads publicly visible and tied to the sponsoring Pages means any user or watchdog groups can easily look for these ads, and flag any ads that may be violating Facebook’s policies. Before this, many ads were being run as “dark posts” meaning they don’t appear on any Page’s feed, only to the audience being targeted and any friends the post is shared with. In the Cambridge Analytica scandal, this raised many questions about political ad transparency, as in many cases, it was unclear who was the sponsoring entity of many politically-driven ads. 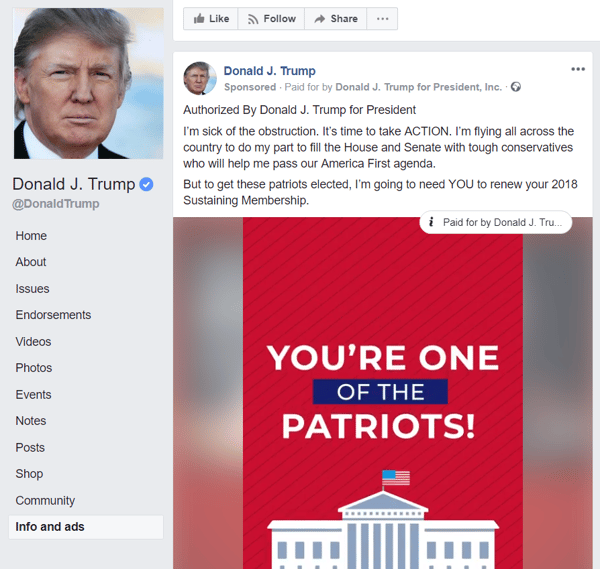 In addition to making ads publicly visible and easily reported by any user, Facebook continues to proactively review all ads on its platform through a combination of human review and artificial intelligence. Naturally, because advertisers need a Facebook page in order to advertise on Instagram, these new features will also impact all Instagram ads.

Along with providing greater visibility into all ads run on Facebook, the social network has also rolled out a publicly-searchable archive of all political ads run in the U.S., with plans to roll out to other regions. It will not only include ads placed by political entities, but even ads by news publishers focusing on politically-sensitive content such as abortion, guns, immigration or foreign policy. Users can click through to see how much money has been spent on each individual ad. 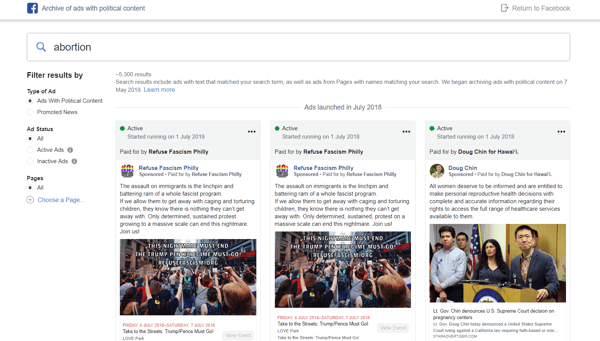 Facebook is not the only platform making changes. Twitter co-founder Jack Dorsey announced in a Tweet that the platform has launched its Ads Transparency Center, on the same day Facebook made their ad transparency announcements. Similar to Facebook, this tool allows any user to search for Twitter profiles with advertising accounts, and view all currently promoted Tweets linked to the profile.

Greater scrutiny for brands on social

These changes rolled out by Facebook and Twitter affect all advertisers on the platform, exposing them to greater scrutiny from customers and watchdog groups. Traditionally, the divide between paid and organic was clear-cut. Paid social focused on conversions and reaching specific target audiences. Organic focused on general brand reputation and awareness. Ad visibility used to be limited only to the ads’ intended target audiences. But now, anyone can browse and view advertising organically, even if they are outside of the target audience group.

If an ad creative gets the tone wrong or is misinterpreted by a viewer, or if a brand unknowingly violates an advertising policy, there is now a higher chance that these mistakes will be spotted and flagged. Brands need to be proactive about monitoring their social engagement across both paid and organic content, to be able to catch crises before they escalate.

Right now, Facebook and Twitter have disabled post engagement for the ads shown via these new tools, so users can only take screenshots instead of sharing or retweeting them. Comments are also hidden on the Facebook ads right now. However, this could change in the future, and brands should still be aware that there is more visibility than ever into their paid social content.