Is all profanity created equal? For brands on social media, the answer is most likely no.

Brand safety today is a major concern for advertisers spending millions in online advertising. As the concern around brand safety grew, so did the options for automated, keyword-based filtering of damaging comments. And social media platforms have responded, introducing tools to filter out comments that may harm a brand’s community.

For instance, Facebook rolled out options for Page admins to set up a keyword moderation blocklist and profanity blocklist in 2011. Instagram rolled out similar features in 2016 to help profiles control negative comments on social media.

Not All Profanity Is Created Equal: The Risks Of Rule-based Moderation

The array of options for managing profane comments to preserve brand safety has increased. Yet, relying on simplistic rule- or keyword-based tools can be limiting for brands. This is especially true for brands that are scaling their presence on social media. Some challenges of using simple “blocklists” or too simplistic rules are the following: 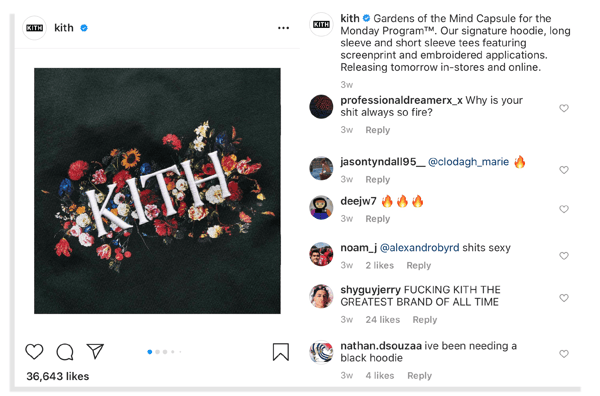 Positive, Mild, And Extreme Profanity: Is There A Difference?

The most effective brands know that not all profanity is created equal. And they don’t treat all profanity the same.
Below are three things that savvy brands when it comes to profanity on social media:

The exception to this rule is if you are a brand advertising a family-friendly brand and content geared at young children. In such a case, you might want to moderate and filter out all profane content from appearing in your posts’ feeds, even if they are in a positive context.

For the majority of brands, a bit of swearing (especially if it’s used to express brand-positivity) is something they want to keep on-feed. Brands who don’t hide these types of positive profanity know that leaving it visible is beneficial, for several reasons.

Profanity used in general expresses stronger emotion than the same phrase without profanity in it. (Example: “This is the best damn thing” versus “This is the best thing”). When used to praise the brand, the addition of profanity means the praise is even more intense than it would be sans-profanity. Additionally, people might see such comments about your brand as more genuine and trustworthy. (Read: You’re less likely to be accused of paying for fake reviews).

Researchers from the University of Cambridge, Maastricht University, Hong Kong University, and Stanford found that those who swear more are more likely to be honest people. The study concluded “a consistent positive relationship between profanity and honesty; profanity was associated with less lying and deception at the individual level and with higher integrity at the society level”. This could be why people who use profanity are seen as being more persuasive.

2. They take a brand-appropriate level of strictness

Profanity ranges in intensity, and the spectrum is vast. Most people consider words like “damn” and “screw it” to be on the milder end of the spectrum. Meanwhile, the F-bomb is considered to be far more extreme in nature. But if someone types “af” of “f-ing great” - does the self-censorship make it, by nature, a milder form of profanity compared to typing the whole word out? After all, from a linguistic standpoint, self-censorship is usually driven by politeness, rather than a desire to offend.

The bottom line is, language is nuanced and complex. Many words that were considered offensive when uttered aloud have become mild expressions when typed out in redacted forms online. Today, people use them to add emphasis.

Good brand marketers know that applying outdated, one-size-fits-all rules to hide all profanity can hurt them. It means they will lose out on a lot of valuable engagement and interactions. There is also the risk of attracting backlash and customers accusing them of “censoring” comments. Great brands understand modern social media language and many tolerate mild profanity for this reason. Profanity today is part and parcel of typical internet language.

Brands dealing with explicit material, such as entertainment or news brands, may even tolerate extreme profanity. Much of their content material is shock-worthy, and profanity is a natural reaction to the controversial topics featured.

3. They have zero tolerance for discrimination

Benjamin Bergen, a linguist and professor of cognitive science at UC San Diego, found that profane words relate to one of four categories: religion, sex, bodily functions, and slurs. After combing scientific research, he concluded there was a distinction between slurs and other forms of profanity. Science suggests that slurs are harmful to listeners, while words that fall into the other categories aren’t harmful.

After combing through scientific research on the matter, Bergen cites a 2014 study of university students, in which those exposed to homosexual slurs (versus a neutral term) said less money should go to AIDS-HIV prevention. In another study of participants in their early twenties, those exposed to homosexual slurs moved their chairs at a greater distance from those believed to be homosexual.

Additionally, over the past decade, Bergen has been surveying undergraduates who take his introductory language class. His goal? To test how offensive they find dirty words. The results are very clear. Slurs and discriminatory terms offend young adults far more than other types of profanity.

47% of consumers today believe that points of view that appear near a brand’s advertising and marketing are an indication of that brand’s values, according to Edelman’s Trust Barometer 2018 report. Brands that care about protecting their community and upholding their brand values have a zero-tolerance attitude towards slurs and all forms of discrimination. They know that in every context, such language is always damaging and unhelpful.

When dealing with high volumes of content, it can be hard to immediately differentiate between:

Yet the fine lines between these types of profane language is what separates great brands from the average. The great brands understand and are masters of social media language and all its nuances.

At BrandBastion, we work with linguists and data scientists, along with trained human analysts. This allows us to keep updating the way we classify and treat profanity.

We know that not all profanity is created equal, and we make it easier for brands to sift through the flood of content to achieve a kick-@ss social media presence.

Why Comments Matter in the News Industry

The news industry is one of the most engaged industries on social media. Not only is the industry that has the highest p...

Why Comments Matter in the Entertainment Industry

Engagement on ads and organic is paramount for brands, especially in the entertainment industry where engagement is huge...

Whether you’re a fitness brand, gaming brand, retail brand, or B2B brand, your audience is browsing on YouTube. YouTube ...