The evolution of Facebook engagement is coming full circle

Imagine customers calling your company hotline just to say “I love your product!” or copying your customer service agents into an email thread where they’re recommending your products to their best friends. On traditional channels like phone or email, these situations are highly unlikely. But this is exactly what is increasingly happening on social media. 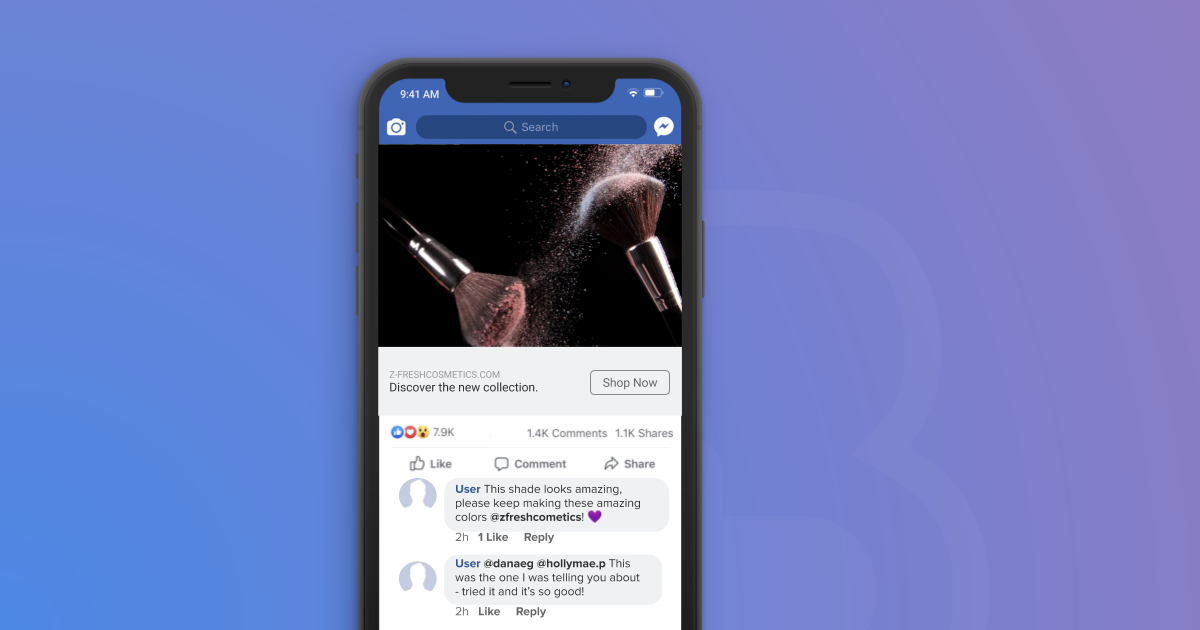 Ever since Facebook launched with its mission of “connecting the world”, it has been the leading platform for people to engage with one another. When “Fan Pages” launched in 2007, Facebook became the platform for brands to engage with their customers. Up till the early 2010s, every brand on social media was investing into organic marketing and hiring social media managers to drive up their engagement rates. Back then, engagement equaled reach, and more reach meant more eyeballs, which meant more awareness and ultimately, more revenue.

Then, in early 2014, things changed almost overnight following an announcement from Facebook in December 2013. Facebook explained that “competition for each News Feed story is increasing” and that “we’re seeing more people sharing more content”. As a result, many Pages would see “a decline in organic reach.” Eyeballs on Facebook were no longer free as long as you had good content. Even the most compelling brands were forced to pay for reach. This led to a massive shift of investment into paid social teams. In many cases, this came at the expense of community management teams.

In January 2018, organic brand engagement took another nosedive, as Facebook made more algorithm changes prioritizing posts from friends and family over posts from Pages. Organic brand engagement continued to dwindle, and for brands, the focus on performance marketing was stronger than ever. Over the last year, the platform has been subject to much public scrutiny from questions around the company’s use of personal data to accusations of the "addictive" nature of the endless scrolling News Feed. We may be now facing a new shift when it comes to how engagement in perceived.

The controversy that hit Facebook, combined with the increasing popularity of image-based apps like Instagram and Snapchat, prompted Facebook to rethink engagement further. This year, Mark Zuckerberg started talking about the importance of moving from “town hall” to “living room” conversations, saying:

There is an opportunity to build a platform that focuses on all of the ways people want to interact privately.

Facebook has been increasingly focusing on these “living room”, intimate, 1-to-1 or 1-to-few interactions. Groups have been given more prominence in the user experience. More and more brands are testing ads that click to Messenger. New metrics have been rolled out designed to help brands “reduce content that is broadly disliked” and “show comments that add the most value”. Facebook is once again placing emphasis on engagement - but this time, not only the quantity but quality of engagement - and marketers are being compelled to do the same too.

Suddenly, things are starting to come full circle. Social media marketing is not just about CPA and ROAS and conversion rates. It’s also about having quality interactions with your customers and demonstrating your brand voice. People want to talk to brands and they want brands to pay attention to the feedback they’re getting. And brands are now starting to pay attention.

For a long time, performance marketing, community management, and customer service operated mostly independent of each other. These three disciplines have started to converge once again, with performance marketers realizing that negative engagement hurts results, community managers realizing that all their investments into organic presence can be hurt by unmonitored ad engagement, and customer service increasingly being tasked with not only keeping up with sheer volumes of inquiries but also moderating damaging and spam comments.

More than ever, that push has been about demoting and penalizing unsafe, low-quality content. TechCrunch editor Josh Constine summed this shift up well:

While many assume Facebook just juices News Feed to be as addictive in the short-term as possible to keep us glued to the screen and viewing ads, that would actually be ruinous for its long-term business. If users leave the feed feeling exhausted, confused and unfulfilled, they won’t come back.

It seems that Facebook is trading its short-term goals of getting users to spend more time on the platform for longer-term goals of getting them to enjoy the time they are spending there. If that is the case, it certainly makes sense for marketers to reconsider their short term-goals of driving clicks while ignoring customer feedback, and think longer-term about how to sustain and nurture relationships through meaningful engagement with customers.

How are the world’s leading brands managing engagement on social media, what are the various alternatives available, and how do you know which approach to choose? We explore these questions in more detail in our next blog post!

Shifting taste preferences from beer to hard liquor, growing health concerns leading to the rise of low-calorie and alco...

Emojis and Your Brand: Interpretations and Benefits of Using Them

Emojis have barely been around for 20 years, but they have quickly changed the way we communicate. From being used exclu...

Brand Safety in the Era of Conversational Advertising