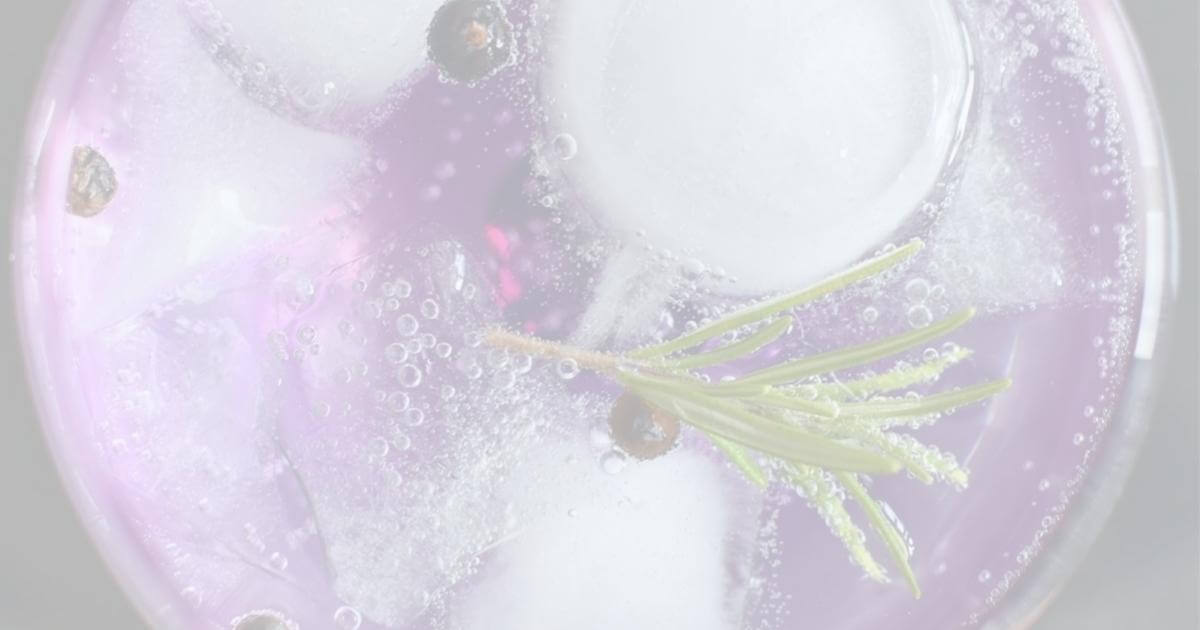 11 Trends to Watch for Alcoholic Beverage Marketing in 2020

Shifting taste preferences from beer to hard liquor, growing health concerns leading to the rise of low-calorie and alcohol-free beer, premiumization, and cannabis-infused beverages are some of the top trends affecting the alcoholic beverage market.

All these changes have an impact on alcohol marketinggRead on to find out how consumer evolution and new technology are shaking and stirring the alcohol beverage industry in 2020 and in the next few years.

In 2008, there were 1,574 breweries across the United States. According to the Brewers Association, the total number of craft breweries, microbreweries, and brewpubs has climbed up to 7,346 in more than ten years. This trend is repeated all over the world - craft breweries are continuously coming back with new and interesting innovations, like take-home breweries or cannabis-infused beer (this trend has been particularly present with the acceptance of cannabis around the globe).

At the same time, the large number of microbreweries has potentially lead to saturation of microbrewery market. Too many choices can be a bad thing for consumers and how they perceive alcohol marketing. Eventually, they may go back to what they know.

That said, the craft beer industry might opt for more drinkable and approachable styles, like fruit-infused beers. Fruit in beer is the perfect 'crossover' for people who are reluctant to drink beer. That's why large breweries such as AB inBev are incorporating fruit into their beers, with flavors such as Bud Light Orange.

This is the case even despite the legal challenges (only five states in the U.S. permit direct shipping of spirits to consumer) and the last-mile hurdles (verifying that the consumer is old enough to take delivery of the product). The consistent growth of Drizly, an alcohol delivery service, played a large part in the growth of online alcohol delivery revenue. Drizly revenue grew by an impressive 61.8 percent in 2017, according to Slice Intelligence. Drizly recently announced it is in more than 100 North American markets, entering more than 40 of them last year.

In April 2020, online alcoholic beverage sales increased 387%, mostly due to the coronavirus outbreak and the fact that people started drinking more at home. For Drizly, the coronavirus pandemic was a blessing as the startup kept breaking the sales records week after week. Delivery provided many opportunities for businesses during the pandemic, and the alcoholic beverage market was one of the few markets that blossomed during the COVID-19 pandemic.

3. Pot-laced beverages make their way into the market.

Multiple studies show that Millennials drink less alcohol than any other generation and are more likely to get high on cannabis. Craft Brewing Business reported that the global commercial cannabis market is predicted to grow to $31.4 billion in 2021. Alcohol sales will continue to take a hit, and many alcohol companies are already trying to win Millennials and meet them where they are.

Beers containing hemp extract already exist in states where pot is recreationally legal, and pot-laced non-alcoholic beverages are pouring into markets where cannabis has been legalized. According to the Wall Street Journal, Corona brewer Constellation Brands Inc. is investing nearly $200 million into a Canadian marijuana growing company with plans to develop cannabis-infused drinks.

Along with craft beers, hard alcohol and premium beers like Michelob Ultra are experiencing a rise in popularity even though overall alcohol consumption in terms of volume is on the decline. According to Forbes, consumption of the Buds, Millers and Coors of the world slipped to 49.59% of the market, a two-point decline that showed up directly as an increase to craft share (35.9%).

Another report by Mordor Intelligence says that the Asia-Pacific market is witnessing a significant growth of market share in premium alcoholic beverages. This trend is also expected to continue in the period 2020-2025. At the same time, Europe offers opportunities for premium wine exporters, especially in Poland, Switzerland, UK and Germany as the consumption of premium wine is growing in these countries. In UK, wine accounts for more than one-third of the country's alcohol consumption.

5. Use of influencers in alcohol branding and marketing is still relevant.

Founder of The Gin Box, SA’s first subscription club for craft gin lovers, Jean Buckman, says men have embraced the craft gin revolution as much as women have. “It would be wrong to categorize gin as a typically female beverage,” she says. “We have as many male as female subscribers, and both genders interact with the brand via social media.”

One of the fastest-growing craft gin brands, Napue Gin, brewed by the Finnish Kyro Distillery Company, has grown from producing 500 bottles a month before 2015 to more than 600,000 bottles a month in 2017, representing a whopping 1200% increase in less than three years. The 'ginniaissance' shows no signs of stopping in 2020 either. In fact, it is believed that this trend will also continue to grow and that gin sales will increase by 37% by 2021.

Just like with every growing industry, the gin market is always evolving. The popular gin trends include a strong influence of special gin brands, like specialist brands from Japan, and an influx of flavored gins expected to continue throughout 2020 and beyond.

As distilleries and producers look for new ways to make the gin craze exciting and saleable, we’ll likely see even more unusual flavors take the forefront. From parma violet to Christmas pudding flavors, keep your eyes out for new and uncommon gins.

7. Women are shaping purchasing decisions more than ever before.

Alcohol marketing needs to become increasingly gender-neutral. Women worldwide, especially in emerging markets, are continuing to grow in financial stature and make the bulk of household purchasing decisions (including alcohol). Men are increasingly switching to gender-neutral drinks, a choice that could be attributed to the influence of women, and alcohol brands showing the strongest growth are those consumed by women, according to Kuhle Belu, consumer insights manager at Pernod Ricard.

The UK’s Office of National Statistics revealed that in 2017, global alcohol consumption fell for the first time this century. According to AB InBev, 31% of Brits have now tried alcohol-free beer, and 18% of Londoners now drink alcohol-free beer whenever they go out. Major supermarket chains such as Tesco have rolled out larger NOLO (no alcohol / low alcohol) sections than it ever had in the past. The demand for lower-calorie beverage options plus retailers’ decisions to bring more visibility to the category will accelerate growth for the NOLO category as a whole.

The trend is especially popular among health-conscious consumers who are choosing no and low alcohol options. These consumers are representing a shift towards a more "mindful" and experimental type of drinking, also called "sober-curious."

9. Chatbots are being used to drive timely offers and creative marketing.

Chatbots have been popping up in almost every consumer-facing industry, and now they’ve reached the alcohol industry. The Spoon reported that United Spirits Limited (USL), a Diageo Group Company, introduced in 2017 a Facebook Messenger chatbot called Simi - Your Personal Bartender.

Simi has a cocktail recipe catalog of over 2,000 recipes featuring Diageo’s brands such as Johnnie Walker Whisky, Smirnoff Vodka, Tanqueray Gin, and Captain Morgan. With use, the chatbot will gain intelligence and offer cocktail recipes based on alcohol and ingredient preference. Facebook also reported that Absolut drove a 4.7 times sales lift using a bot for Messenger that offered people a complimentary drink at a local bar.

10. Packaging trends shift away from traditional towards a more scientific, laboratorial feel.

Clean, minimalist design, sleek sans serif typefaces, and bright, bold colors dominate packaging labels for new launches. The feel of such packaging is intended to evoke a feeling of newness and experimentation for a generation that appreciates “living in the moment” over tradition. Brands like Biles Hendry, Finest Roots, Napue Gin, and AND UNION are such brands designed specifically with this aesthetic in mind.

Alcoholic packaging plays an important role in the alcohol marketing strategies. That said, the alcoholic beverage industry is highlighting unconventional packagings such as paper wine bottles, whiskey pouches, and other formats.

Furthermore, due to the awareness of the use of recyclable products and minimizing packaging waste, the alcoholic beverage industry is increasingly focusing on recycling packaging. However, strict government regulations on the use of hazardous and non-biodegradable products have limited the manufacturers to only a few packaging options, which has also increased cost of production.

11. Regulations and guidelines for alcohol advertising continue to tighten, including extending to the digital sphere.

In the U.S., alcohol brands can only advertise on online platforms where 71.6% of the audience is reasonably expected to be of the legal purchase age. Meanwhile, Finland not only regulates digital advertising of alcohol but also holds brands responsible for user-generated content on their online properties. In Thailand, taking a selfie with a beer could land you in jail, as the government attempts to crack down on the use of influencers as a loophole to market alcohol to the masses online although via other channels such promotion is heavily regulated.

Take your alcohol brand’s social media engagement to the next level.

We moderate comments across paid and organic on your behalf 24/7, manage customer responses, provide custom insights, and issue alerts on major activity unfolding on your accounts.

Previous Story
← 40 Free Online Marketing Courses
Next Story
How to Respond to Online Hate Speech: A Guide from BrandBastion →

These Stories on Trends