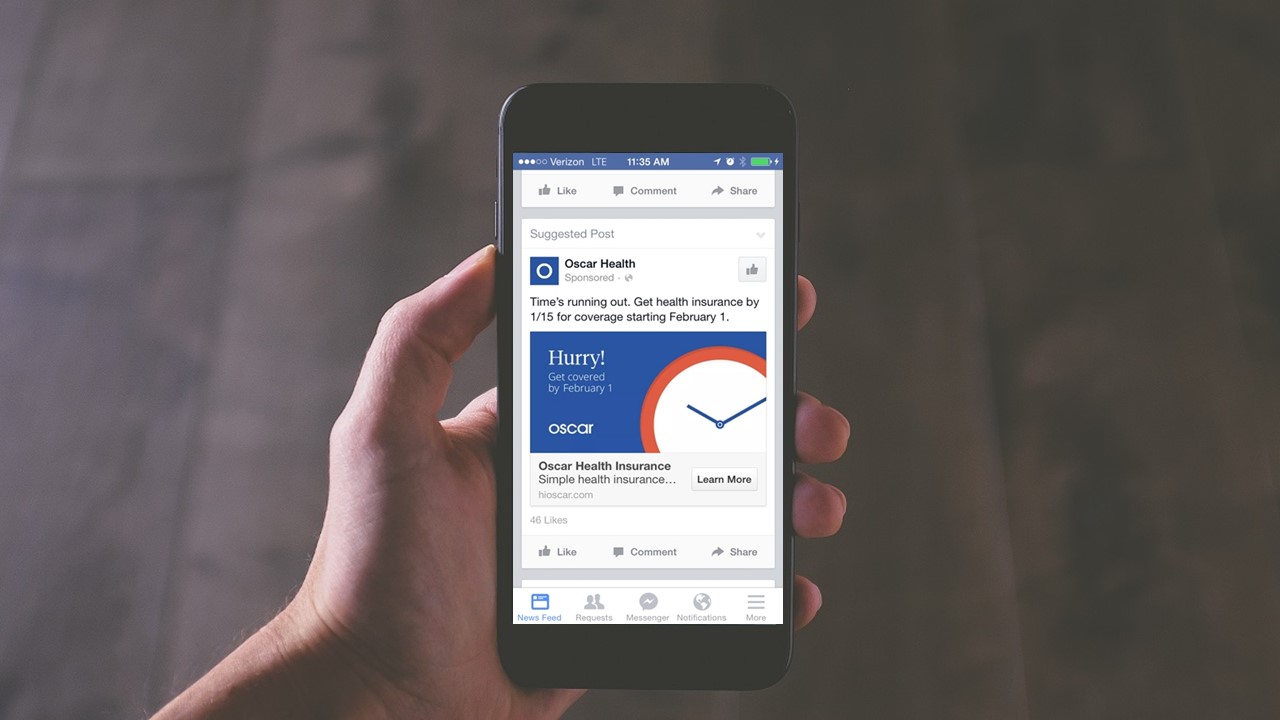 The 8 Most Common Problems With Social Ads 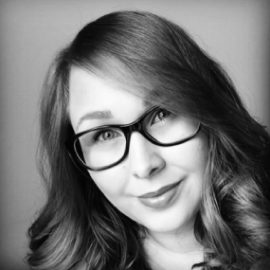 Prevention is better than cure.

The last thing you want to happen is for a technical glitch or human error to undermine your entire campaign.

Yet too often, this is exactly what happens, resulting in:

On social media, it is easy for negative comments to escalate into a PR nightmare for brands.

This is why eliminating preventable mistakes is equally as important as defining target audience, ad copy, and creatives.

At BrandBastion, we deal with thousands of comments on a daily basis, and escalate important issues to our clients in real-time, 24/7. We took a look at the alerts we've sent to our clients in the past twelve months to identify the most common issues when it comes to social ads.

Read on to see what we found! Arming yourself with this knowledge will prevent you from making the same mistakes.

1. Mismatched copy with offer
2. Promotion of sold out products
3. Broken link in CTA
4. Promo codes that don’t work
5. Technical issues with video
6. When the real and virtual worlds collide
7. When a brand ambassador sparks outrage
8. Lack of cultural sensitivity

What marketer hasn’t done that to save time?

When you’re trying to churn out a hundred posts in a day, you may be tempted to recycle copy from a previous campaign in a new one. Especially when you’re running dry of inspiration and you have existing copy that is proven to work.

It’s fast and convenient, but also prone to a multitude of mistakes.

For example, you previously ran a campaign offering new customers 30% off on your site. The campaign did well and you want to reuse the copy for a new retargeting ad. Except now, the retargeting offer has been reduced to 15% instead of 30%.

Because you didn’t update the percentage in the ad copy, customers are complaining that they can’t get the promised 30% discount. Frustrated, they are abandoning their carts and the campaign ends up performing poorly.

2. Promotion of sold out products

Collaboration between the marketing department and fulfillment centers is sometimes smooth sailing - and other times like pulling teeth. Here, strained communication or silos can impact the ads you are running. One of the most common mistakes observed on many e-commerce ads is that products being promoted link to a “Sold Out” page.

In the rush of promoting a new range or collection, this link between fulfillment and marketing is vital. Otherwise, you end up spending valuable ad budget promoting a product no one can purchase.

In addition, your comments section gets filled up with angry prospects expressing their extreme disappointment that they were unable to get their hands on the hotly anticipated product.

Worse, customers are unlikely to forget negative experiences. The next time you advertise a product that is actually in stock, customers may not even bother clicking - they’ll just assume that there’s another stock out. 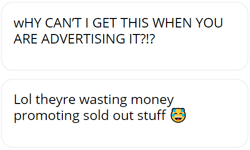 Built-in CTAs are great in driving action on ads.

Usually, the challenge for advertisers tends to be writing copy that is compelling enough for users to click the CTA. But there are instances when the copy is so engaging that tons of users are clicking - only to end up at a broken link due to a tiny spelling error.

This creates a tremendous missed opportunity. Even if you fix the link halfway through the campaign, users are unlikely to try clicking the same ad again. They have already associated your ad with being “broken”, and you’ve lost some of their trust as well.

And that’s the best case scenario. Worst case? The users who had this negative experience won’t even click on future ads for different products - they already assumed the CTA wouldn’t work.

Promo codes are a great way to drive conversions. If they work, that is.

A multitude of things can happen to a promo code:

Whatever the reason, the result of a broken promo codes is easy to guess: enraged prospects. Your ad has done its job and the prospect is excited to redeem their offer. However, they are unable to use it.

The comments section on the ad fills up with people complaining about the promo code, scaring away other prospects in the process.

Videos are becoming a core form of communication on social media. If a picture is worth a thousand words, a video is worth a million. Videos can be engaging, exciting and get across much more information and emotion than stagnant images.

But even the most artfully-crafted video is not immune to glitches.

We have seen on multiple occasions great videos that have issues with the sound volume. Or, the audio track is missing entirely.

Prospects are confused and start filling the comments section with questions on why there is no sound. In the confusion, none of them click through to check out the products further, and again, your ad campaign does not achieve its objective.

6. When the real and virtual worlds collide

Change is the only constant. This is true for social media.

But what’s even more unpredictable than social media? The world we live in.

Advertisers live in cycles, in quarters or in advertising calendars. Campaigns are planned months in advance, for marketing needs and goals at the time of planning.

But the world does not move at the pace of marketing calendars. Things can change in an instant.

Imagine you work for a large TV network and in charge of promoting the new hotly anticipated season of a crime drama.

In January, you are setting up the campaigns for March. You want to drum up the buzz as one of the main characters will be moving on from the show - in a rather dramatic fashion. To entice your audience, your team decides to run a 15-second video ad.

The ad will showcase a clip where the main characters are grabbing a morning coffee. Suddenly, a deranged gunman enters the scene and opens fire. The clip shows a body crumple to the ground. Who was shot? Will they recover? You are pleased with your scheduled campaign - when this launches, you will have your audience at the edge of their seat, anticipating the new season.

March rolls around and the scheduled campaign launches. On the same day, a person shoots up an entire a square outside a coffee shop in the same country where you're advertising. This real life incident is eerily similarly to what is being depicted in your ad. The comments sections of your ads quickly fill up with comments expressing disgust and disbelief at this “cheap publicity” and manipulation of such a tragedy.

Of course, the audience doesn’t know when the campaign was set up. They draw their conclusions based on what they see in their feed. Not only does this affect your ad campaign, but you may have a full blown PR crisis on your hands.

7. When a brand ambassador sparks outrage

Celebrities, influencers and spokespeople can give your brand a huge boost.

But they are not immune to social media gaffes.

You may run a campaign featuring a new spokesperson who resonates well with both your brand and your audience. Content has been created, the campaigns are scheduled and ready to go. Just a few days into the campaign a scandal breaks.

Suddenly the comments sections on your ads are filled with angry prospects protesting and expressing their rage at your spokesperson.

Scandals can take many forms. Subway faced outrage when its main spokesperson and “face” of the brand, Jared Fogler, became embroiled in a child pornography scandal.

Model and actress Emily Ratajkowski sparked rage with a social media post in which she announced her new appointment as ambassador for Kérastase. Many deemed her post offensive and discriminatory - which reflected poorly on Kérastase and resulted in them issuing a public apology.

Brands often have to take the brunt of any scandals their ambassadors are embroiled in.  To mitigate or avoid a PR crisis, speed is key. Catching a scandal as early as possible enables you to immediately take action - be it pausing the campaign or issuing a statement.

Remember that now infamous ad of an 8-year old black child wearing a H&M tee shirt that says “Coolest Monkey in the Jungle?”

That ad did more than spark outrage for racial ignorance. It also prompted major media outlets to dig up skeletons from H&M’s closet of past controversies. Six major celebrities including The Weeknd and LeBron James also denounced the H&M ad, leading to massive public disapproval.

H&M has responded positively to the crisis with a public apology. It has also since appointed a Diversity Leader for its company with hopes of avoiding such mistakes in future.

While it was handled well, the crisis could have been prevented from reaching such scale. If H&M had been quickly alerted to the first few comments questioning the appropriateness of the ad, they might have been able to hit “pause” on the campaign in the nick of time.

Especially in big companies, a campaign usually involves large teams and numerous agencies. At times, someone may show bad judgment when setting up a campaign. But having a good alerts system in place and catching changes in sentiment in real-time can make all the difference.

It’s one thing to be aware of these common mistakes often spotted on social ads. But how can they be prevented?

While being detail-oriented helps to avoid the types of situations we’ve outlined above, human error can never be avoided completely. But there is an easier way to monitor engagement on your ads: BrandBastion’s Alerts.

Our solution can provide instant, real-time email or text alerts about all the problems we’ve outlined above. Any potentially suspicious activity is detected by machine-learning, natural language processing software and flagged to our highly trained analysts. Our human analysts then check for issues with the campaign and escalate and flag any pressing issues to you.

BrandBastion Alerts works around the clock, 24/7, with a guaranteed response time of 8 minutes or less. This saves your time, ad budget and ensures your ads are always performing at an optimal level.

Want to receive a free analysis of your social media properties?

These Stories on Tech + Apps

How Top Challenger Brands Are Winning on Social Media